Do you believe in coincidences?

Some people say that out-of-the-ordinary unplanned events happen just by chance. Others say they are due to fate (whatever they mean by that). I have heard it said that they are “God-incidences”. What do you think?

In 1946, William Proposch (my father) had a surprise encounter.

It was so remarkable that it was reported on page 5 of “The Telegraph” (Brisbane, Queensland), on Wednesday 23rd January 1946, the article and photograph headed “These co-incidences aren’t fairy tale”.

After serving 5½ years in the armed forces, in 1946 my father established his first business venture in Rockhampton. The Central Trading Company, as he named it, was a wholesale and manufacturers’ agency, located in premises upstairs in the National Bank of Australasia building at the corner of East and Denham Streets in the heart of the city (pictured below).

The business involved a lot of travel. In January 1946, on possibly his first business trip, to Brisbane, my father met his namesake.

But there was another surprise.

Not only were they booked into the same hotel, but they were sharing a room – Room 219!

I’m not sure that this was the norm at the time (strangers sharing a hotel room), or whether they were booked into the same room because the receptionist thought there was one “Mr William Proposch”. To this day, this remains a mystery to me.

The name “Proposch” is not common; my father’s ancestors on the Proposch side of the family migrated to South Australia from Cottbus (then Prussia, now Germany) in the 1850s.

Mr William L Proposch came from Nanango, in country Queensland, where he and his family had lived for some time. My father was born and raised in Melbourne, Victoria.

The two men had never met, and had never heard of each other until this meeting. They were not aware of each other’s family nor how they may be related, although they concluded they were distant cousins.

The fact that both Messrs William Proposch had notified the hotel (when booking) that they would be booking out on the same day makes me think the hotel made a mistake.

If this is the case, it seems that the two men went along with it, shared Room 219, and made the most of their unexpected meeting. They marked the event by purchasing a Golden Casket ticket in joint names (although nothing came of that).

A coincidence – by chance, fate or a “God-incidence”?

Let me leave you to ponder these words of Jesus:

Are not two sparrows sold for a penny? Yet not one of them will fall to the ground outside your Father’s care. And even the very hairs of your head are all numbered. 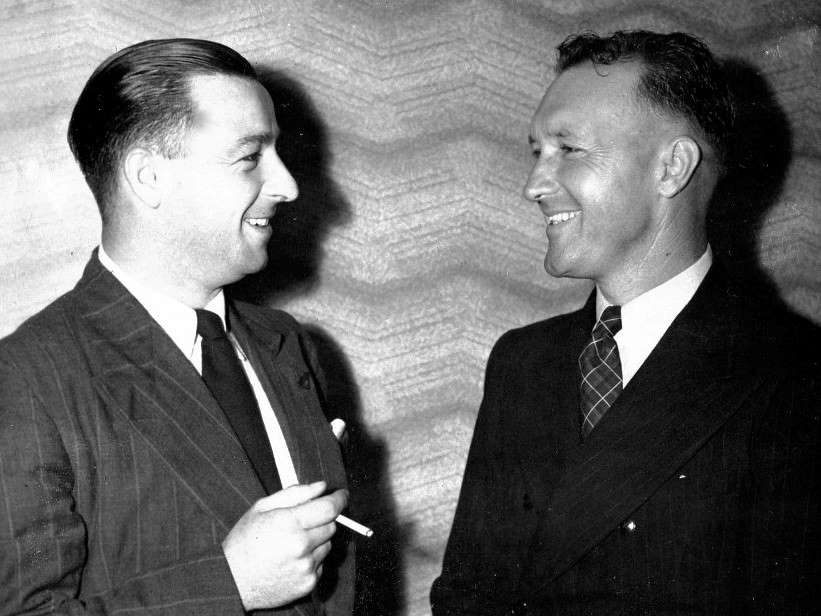 4 thoughts on “A surprise encounter”