During a visit to the Mount Morgan Cemetery in 2017 I came across the grave of EMMETT BEAUMONT McSWEENEY, an infant who died in 1921. At the time I was looking for the grave of my aunt THYRA GRACE BEAUMONT, also an infant, who died in 1920 and who was also buried there (read A Lock of Hair: A Treasured Keepsake). Since that visit and delving further into the Beaumont Family history, I’ve learnt that Emmett Beaumont McSweeney was my mother Evelyn’s and little Thyra’s second cousin, consequently my second cousin once removed!

This is his story.

“Scalded to Death. An Infant’s Shocking End” and “A Scalding Fatality”: These were two of the headlines that appeared in Queensland newspapers in the days following the untimely death of Emmett Beaumont McSweeney. He died in the Mount Morgan Hospital on Christmas Day, 1921. Emmett, the third and youngest son of Mr and Mrs J S McSweeney, was just 7½ months old.

The McSweeney Family, of Wowan

Mr and Mrs J S McSweeney owned and operated a grocery store and café at Wowan, 50 miles (80 km) southwest of Rockhampton in Central Queensland. The store was located at No. 20 Railway Avenue, Wowan. (The building’s not there today – it burnt down in 1968.) Jeremiah (“Jerry”) Simon McSweeney, of Dalby, came to Wowan in 1914, after purchasing a general store at Deeford (Wowan). Later he opened the store in Railway Avenue.

On 25 December 1921, Lily McSweeney was busy preparing the family’s Christmas lunch (“dinner”). She boiled a piece of bacon (“ham”) in a kerosene tin on the stove and, after removing the bacon, placed the tin and its contents on the floor near the stove.

In the short time they were both absent little Emmett crawled over to the kerosene tin, pulled it over, and spilled the near-boiling salty water all over himself. Mrs Sweeney heard her son’s screams and rushed to his assistance. She found the child burnt (“scalded”) from the waist down.

All efforts were made to save the child.

An officer of the Wowan Ambulance Service provided Emmett with first aid prior to his being transported to the Mount Morgan Hospital. This was 1921: The trip, a distance of about 26 miles (42 km), took two hours!

The little fellow arrived at the hospital at 2.00 in the afternoon. The doctor and staff did all they could to save the child although, from the outset, the doctor held out no hope for his recovery. Emmett Beaumont McSweeney, 7½ months old, died in the Mount Morgan Hospital at 7.00 pm on Christmas Day, 1921. His little body was laid to rest in the Mount Morgan Cemetery.

Nearly 23 years after Emmett’s untimely death, during World War II, the McSweeneys (who now lived in Brisbane) suffered the death of another son. But this time it was their first-born, now an adult.

On 5 June 1944, Flight Sergeant Gerald Beaumont McSweeney was accidentally killed during aircraft training operations in England. He was just 26. Flight Sergeant McSweeney, of the Royal Australian Air Force, was survived by his wife Monica, parents Jerry and Lily and younger brother Leslie. His body was interred in the Commonwealth war graves section of the Blacon (Chester) Cemetery, Cheshire, United Kingdom.

WORDS OF COMFORT FOR THE GRIEVING

“The Lord is close to the brokenhearted. He saves those whose spirits have been crushed.”
(Psalm 34:18, New Revised Standard Version)

“You have recorded my troubles. You have kept a list of my tears. Aren’t they in your records?”
(Psalm 56:8, English Standard Version) 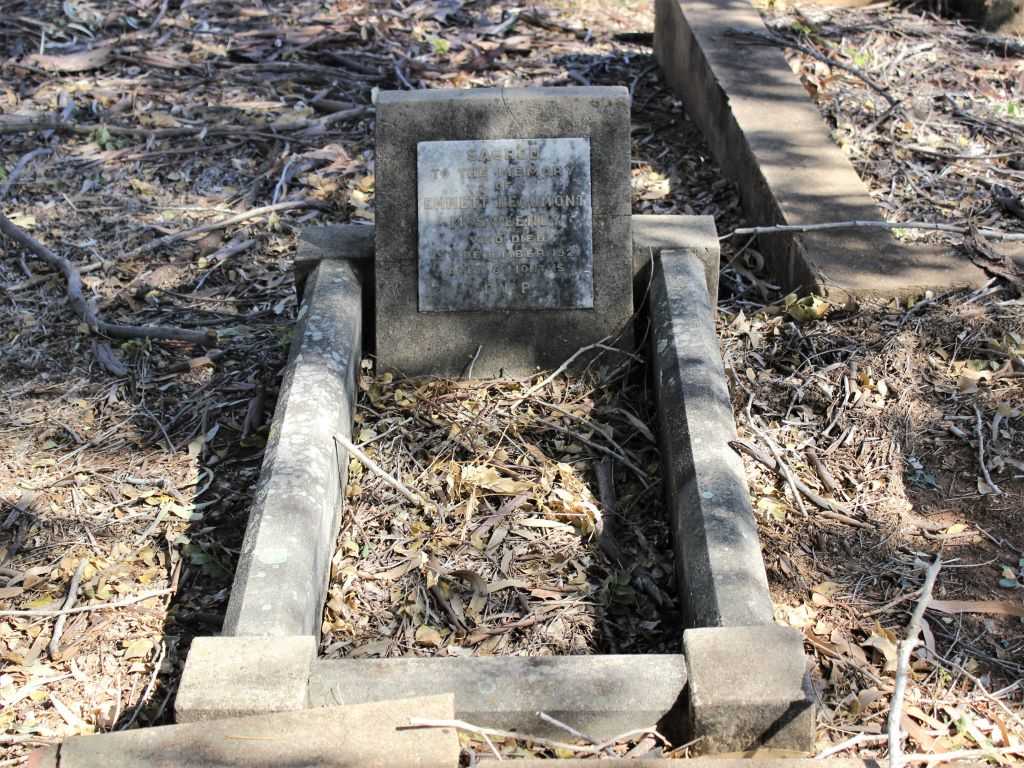 12 thoughts on “The death of infant McSweeney, Christmas Day, 1921”