Family history and the family Bible

Do you have a family Bible that has helped you discover more about your family history?

This story is about that Bible and how it has contributed to my knowledge and understanding of my great-grandmother’s background and her branch of my family tree.

How my search began…

Some time ago I posted the following photograph on my Love in a little black diary Facebook page. It shows Flora Jane Balchin, aged 16, after her confirmation on 20 September 1903 at St Mary’s Church of England, Mount Morgan (Queensland).

It’s a beautiful photograph, and very old, so I shouldn’t have been surprised that it created considerable interest among those who follow my Facebook posts.

But I am surprised that sharing Flora’s photo has contributed so much to my research of the Balchin family history. Let me explain why.

I am blessed to possess a number of special items that belonged to Flora (my maternal grandmother). One is the Balchin Family Bible. Inside the Bible’s front cover is the inscription: “Mrs Balchin, From Mrs Corry Smith. May 28th 1883.”

I assume the Bible first belonged to Flora’s mother (“Mrs Balchin”), as inside the back cover is a record of the names and dates of birth of each one of her eight children (including Flora, who was Number 5). There are also the dates of death of several family members, including Mrs Balchin herself (“Mother”), who died in 1900 when Flora was just 12. It is most likely that Flora wrote this entry. My mother added the dates of death of Flora and Flora’s brother (I recognise my mother’s handwriting).

Clearly, this 1883 family Bible is an invaluable family history resource.

Up until a week ago, I could only guess at the source of this Bible and what it meant to my great-grandmother.

Last week I shared Flora’s confirmation photograph in a Facebook genealogy group and asked for help to find out more about the Balchin Family, particularly Flora’s parents.

Much to my delight, several generous folk in the genealogy group very quickly supplied records showing that the family came to Australia in 1883 from Surrey, England, on the ship “Cardigan Castle”. Group members also sourced documents with detailed information about Flora’s parents (my great-grandparents). I was aware that Flora was born in Sydney on 12 April 1887, but I didn’t know the dates and place of birth of her parents or where her older siblings were born.

From the information I have now, I am able to deduce at least part of the story of the Bible and that of my great-grandmother.

The ship “Cardigan Castle” sailed from Plymouth on 1 June 1883, arriving in Sydney on 20 August 1883. Flora’s parents, Levi and Julia Balchin, 29 and 24 years old respectively, and their three children Alice (5), Julia (4) and Alfred (1), were among the 384 government immigrants on board.

Given that the ship departed on 1 June 1883 and the inscription inside the front cover of the Bible is dated 28 May 1883, I believe the Bible was given to Mrs (Julia) Balchin as a parting gift when she left England for her new life in Australia.

I’m yet to discover my great-grandmother Julia Balchin’s connection with “Mrs Corry Smith”, the person who gave her the Bible. Was Mrs Smith a relative? Was she a friend?

One day, I hope I will find out.

Dear readers, I am happy to report that I have discovered the likely connection between “Mrs Corry Smith” and my great-grandmother!

I am so grateful to members of the Facebook genealogy groups to which I belong for their help in identifying this mystery woman, whose name is inscribed inside my great-grandmother’s Bible.

Mrs Corry-Smith was born Fanny Angharad Rees, in 1847, at Llandovery, Carmathenshire, Wales. In 1870, at 23, Fanny married 29-year old Corry Beverley Corry-Smith, a Captain in the Royal Artillery. He later became Major Corry-Smith, commander of the Westmoreland Militia, and finally an honorary Lieutenant Colonel. In 1881, according to the 1881 Census, Fanny and her husband were living at “Clairwood”, London Road, Reigate, Surrey, with their five children, a governess and three servants.

I presume my great-grandmother was one of the Corry-Smith’s three servants listed at the 1881 Census. Julia Tryphena Knight married Levi Balchin in September 1876. In 1881, Levi Balchin and his wife Julia and their two children were living in the district of Reigate, Surrey, the same district as the Corry-Smiths.

Given that Levi’s occupation is listed at the 1881 Census as “general labourer”, I deduce that my great-grandmother’s status was that of servant in the household of the Corry-Smiths. Possibly she worked for the family for some years prior to her departure for Australia in June 1883.

I wonder if Julia (“Mrs Balchin”) was a favourite of her employer, hence the parting gift of a Bible. Why did Mrs Corry-Smith choose to give her servant a Bible? Was my great-grandmother even literate? I do not know.

Presumably, Mrs Corry-Smith was a professing Christian, as was my great-grandmother. Therefore, what better gift could she have chosen for her young protégé?

Certainly the book was treasured by its recipient, and it still is, 135 years later! 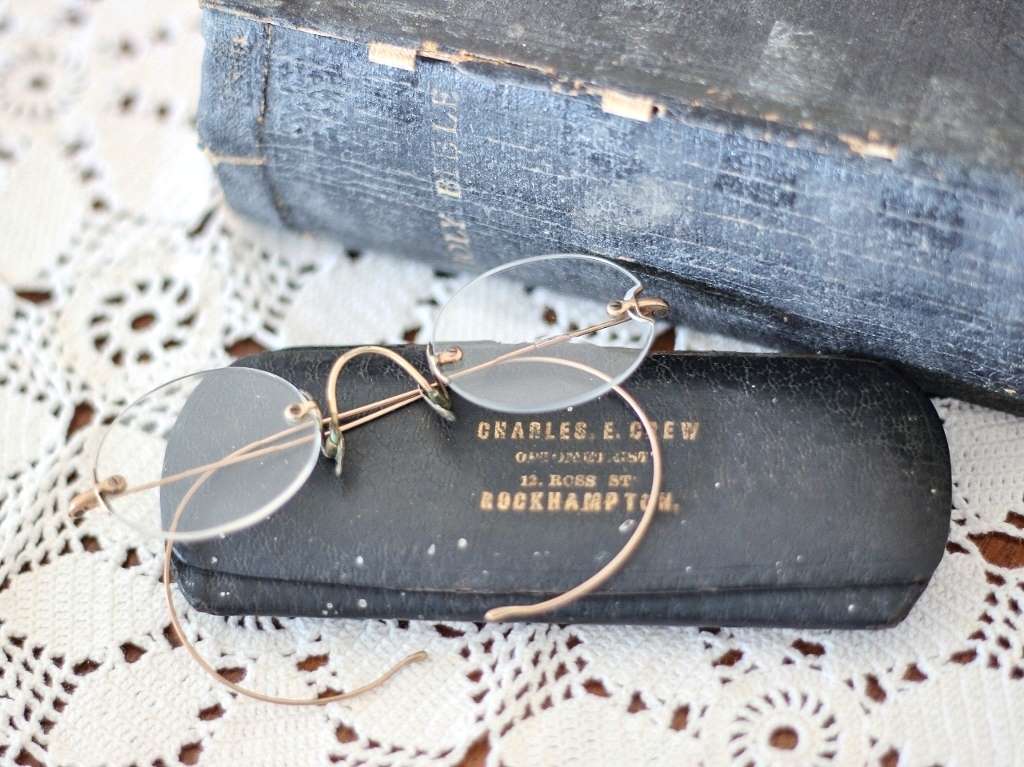 4 thoughts on “Family history and the family Bible”