I tried Health Slice for the first time in the 1980s. I was visiting a friend at the time and she served this delicious freshly-baked moist and chewy fruit slice for morning tea. When I asked about the recipe, she listed its ingredients and explained how quick and easy it is to make. To my surprise I learnt that the slice is made without butter, margarine or oil. My friend was happy to share her recipe with me. Since then, I’ve lost count of the number of times I’ve baked this classic 1980s Health Slice.

You’ll find my recipe for Health Slice, and accompanying photo gallery, towards the end of this post. The post concludes with a number of titbits about healthy eating and so-called health food, which I hope you’ll find both informative and surprising.

First, here’s a little background about my recipe collection.

I have been collecting (and sharing) recipes for years.

During the 1980s I was a busy wife and mother of two young school-age children. Family life was full and hectic and time was of the essence. However, I liked to cook, so I was always on the lookout for quick and easy recipes for family meals and baked goodies (cakes, biscuits, slices and pastries). The recipe for Health Slice is a good example. I added it to my collection of tried-and-tested recipes. I began to stock-pile recipes soon after I was married, in the 1970s. By the 1980s, I had accumulated lots of wonderful recipes.

Around this time (1980s), I began to share the recipes in my collection with like-minded folk. I compiled my favourite tried-and-tested recipes into little books which I gave to family and friends as Christmas gifts. I did this on several occasions over a 20-year period. Actually, 3 years ago, a couple of friends let me know via Facebook that they still had the booklets I gave them in the 1980s! One friend wrote that she has two of these booklets and still uses the recipes today. Isn’t that amazing?

Since 2015 when I set up this personal (non-commercial) website, I’ve been posting recipes on my blog. In this way, I can share recipes I’ve collected with many more people, which gives me much delight. Along with each recipe, I tell a little of the story associated with the food it represents. All food has a story and a specific context. To date, I’ve published 28 stories and recipes in the FOOD category on my website and blog! I’ve written all but one of these.

The exception is Grandma’s Easy Lemon Meringue Pie (June 14, 2017), which my daughter Ruth wrote. In it Ruth shares her grandmother’s easy-to-make recipe for an old favourite dessert but, more importantly, she writes about the loving relationship she had with her grandmother. It’s a beautiful story, and I commend it to you.

Ruth has often said to me that I should share my Health Slice recipe on my blog. I know she bakes Health Slice for her family, just as I used to do for mine. The recipe has certainly stood the test of time! Here are the reasons why.

Health Slice is quick and easy to make.

Health Slice is just like Bung-in Cake (April 14, 2016). All you have to do is put all the ingredients together in a bowl and mix. There’s a little cutting up to do beforehand, but that doesn’t take long. Altogether, Health Slice takes about 10 minutes to prepare and 30 minutes to bake. That’s quick. Finally, it’s so simple, even a child (or a husband like mine who doesn’t like to cook) can make this slice. No special cooking skills are required.

As its name suggests, Health Slice is a “healthy” option.

Health Slice contains wholemeal (wholegrain) flour, rolled oats, desiccated coconut, dates, sultanas, nuts, milk, rum and brown sugar. Apart from the rum (used as a flavouring) and brown sugar, all of the ingredients are examples of foods considered today to be necessary in a balanced diet.

According to the Australian Guide to Healthy Eating, there are five food groups, covering all the foods we need for adequate nutrition. They are:

Along with foods from each of these five groups, we are advised to drink plenty of water and limit our intake of foods containing saturated fat, added salt, added sugars and alcohol.

If you’ve grown up or lived in Australia during the last four decades, you should be familiar with the Healthy Eating Pyramid. Since 1980 it’s been widely used in Australia as an educational tool.

The pyramid is a simple, conceptual model that encourages us to eat a varied and balanced diet based on the five food groups. The pyramid’s two foundation layers include the three plant-based food groups (vegetables and legumes, fruits, grains). These layers make up the largest portion of the pyramid. In fact, foods in these two layers should make up the largest portion of our diet, around 70% of what we eat. The middle layer includes the other two food groups. Finally, healthy fats (like olive oil) sit at the top of the pyramid.

Based on the Healthy Eating Pyramid, Health Slice gets a big tick.

Note also that Health Slice does not include butter, margarine or oil. Instead of fat or oil, the recipe uses milk (preferably low-fat milk). In this, it’s definitely a recipe of the 1980s.

As pointed out on the Australian Food Timeline, low-fat foods became a priority in the 1980s. The trend towards choosing low-fat foods started in the 1970s. In fact, the recipe book “Polyunsaturated Cookery”, published in 1974, was recommended by the National Heart Foundation of Australia (read more). The book contained more than 300 recipes designed to encourage low-fat, low-cholesterol eating.

I recall I was strongly influenced in my food choices and cooking in the 1970s and 1980s by this “low-fat, low-cholesterol” food fad. For example, butter was out, polyunsaturated margarine was in. For many years I stopped using butter and used margarine instead in all my baked goodies.

Finally, Health Slice has no icing or frosting. Although Health Slice contains sugar (brown sugar, that is, refined sugar with molasses added), no further sugar is added in the form of icing. Not having to ice the cooked slice ensures Health Slice is quick to make and the end-product is a healthier option.

The recipe for Health Slice is adaptable.

The recipe for Health Slice is easily doubled or halved. When I make the slice for a large number of people, I double the recipe and bake it in a lamington tray (dimensions 30.5 cm x 20.5 cm x 2.8 cm). If all of the slice is not consumed at one sitting, I store the remainder in the freezer for later use. The slice freezes well.

From time to time I replace a few of the dates and/or sultanas with equal quantities of ingredients such as dried apricots and crystallized ginger (ginger is a root vegetable). I really like the tarty apricot flavour and the “bite” of the ginger.

My daughter Ruth adapts the recipe at times by replacing some of the sultanas with choc bits.

I’m aware that some people cannot eat peanuts. Foods containing peanuts cannot be brought into some schools. If you do not want to use peanuts in your Health Slice, replace them with an equal portion of almonds or walnuts, and/or seeds, like sunflower or sesame seeds.

Health Slice can be served in a variety of ways.

I’ve found that this moist and chewy fruit slice can be served for morning or afternoon tea, included in a work or school lunchbox or offered as a dessert with custard, yoghurt and fruit. Texture-wise, Health Slice is more like a cake than a biscuit. That’s probably why it’s suitable as a dessert – it resembles a fruit pudding, although it’s much lighter and not as rich. For comparison, you may like to read Fail-Me-Never Steamed Pudding, which I posted on my blog on August 3, 2016.

The Sanitarium Health Food Company was registered in 1898. The company, 100% Australian owned and operated, was established by the Seventh-Day Adventist Church to promote and produce plant-based “health” foods. One of its best-known products is Weet-Bix, a high-fibre, low-sugar breakfast cereal. The company is still going strong today.

#2. When were SAO biscuits, one of Australia’s food icons, first marketed?

Arnott’s registered the SAO trademark in 1904 and began to market the biscuits in 1906. SAO biscuits are still made by Arnott’s. While there are conflicting reports about the origin of the name, it is widely believed that the biscuit was named in honour of William Arnott’s son, Arthur, who became a Salvation Army Officer (SAO).

In the 1930s, ice-cream was promoted as a healthy food. Its advocates claimed that ice-cream, made from whole milk and cream, had many advantages from a health point of view (read more). The following advertisement for Peter’s ice-cream appeared in my mother’s 1934 Cookery Book (published by Federal Press, Rockhampton).

#4. When was Sunshine milk first sold in Australia?

In 1937. Sunshine milk, a powdered full-cream milk product, was welcomed by people who didn’t have access to daily fresh milk. My grandmother always used Sunshine powdered milk for everyday use and in her cooking.

#5. Do you remember (or have you heard about) Australia’s school milk program?

In Australia in the 1950s and 1960s, all children under 13 attending school or kindergarten were provided with one third of a pint (about 200 mL) of fresh milk each school day. The school milk program was an initiative of the Commonwealth Government under Prime Minister Robert Menzies. It commenced in 1951 in all states but Queensland (Queensland came on board in 1953) and continued until the 1970s, when the Whitlam Labour Government put an end to the program.

Health food is a marketing term. There is no precise definition as to what constitutes “health food”. Such foods are often sold in so-called health food shops and are promoted as necessary over and above, or instead of, a normal balanced diet.

It is reported that Gael Green invented the term “foodie” and first used it in New York Magazine in 1980. It describes a person obsessed with food.

The “Slow Food” movement was initiated by Carlo Petrini in Bra, Italy, in 1986. Its aim was to promote locally grown food and farm products and preserve traditional and regional cuisine and cooking methods. In essence, the movement was a reaction to “fast food”, popularized in the 1970s and 1980s as global fast food companies opened outlets throughout the developed world.

#9. How many eggs should you eat each day?

In 1893, a newspaper report “Eggs a Healthy Food” claimed that daily consumption of eggs promotes longevity: If you eat at least one egg daily you will live to be 80 or 90 years old!

Psyllium is a natural dietary fibre, made from the husks of the seeds of the Plantago ovata plant. It’s used not only as a mild laxative, but also to treat mild to moderate hypercholesterolemia (high blood cholesterol). As I have high blood cholesterol (but no other risk factors for heart disease or stroke), my doctor advised me to take one tablespoon of psyllium husks in a glass of water daily. My husband calls it “activated sludge”! I’ve been following my doctor’s advice for several years. It’s certainly a simple way to add fibre to your diet.

In the comments section below, I invite you to share one or two of your own healthy eating titbits. 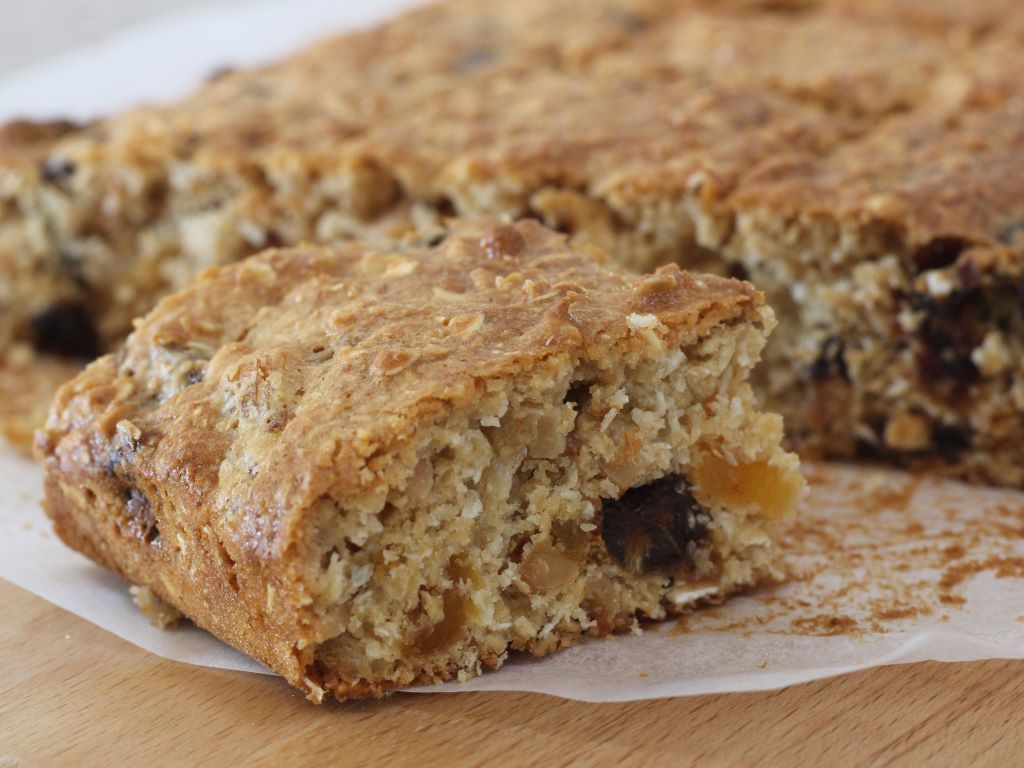