When I was a little girl, my grandmother gave me a precious keepsake, one of her old postcards.

It has a fabric insert, organza embroidered with the words “To my Sister”, richly embellished with dark pink roses and greenery. I have always cherished it, mainly because it is so beautiful. It was years later that I realised its significance, and came to appreciate the story behind the postcard. The postcard was sent by “Harry” to his sister “Flora” during World War I from “Somewhere in France”. It is dated 6 October 1917.

I met Henry (“Harry”) in the 1960s when he was an old man. He lived at Eventide, an old people’s home in Rockhampton. My mother used to take me with her to visit him. I can’t say I remember him very well; but he was clearly a lonely old man. He never married. He had no children.

This is Henry’s story.

Henry was born in 1888 in Aramac, Queensland. He was the 6th child born to his parents, newly arrived migrants from England. Flora, his sister, had been born one year earlier, in Sydney. The family settled in Mount Morgan, Central Queensland. Sadly, the children’s mother died about one month after giving birth to her 8th child. Flora was just 12 years old and Henry was 11. For a short time, while the family was still together, Flora was like a mother to Henry and his younger brother. As siblings they were always close. Flora married Donald William Beaumont in 1911 when she was 24 and Henry was 23.

Henry (“Harry”) joined the Australian Imperial Force (AIF), enlisting in Rockhampton on 12 January 1916. It was just 2 days before Flora’s second child (my mother) was born. He was 28 years old and single. On his war service records, his trade or calling is listed as “miner”. He didn’t have a lot of schooling.

On 6 June 1916, Henry left Australia, bound for England and the battlefields of France and Belgium. Like many young men who joined the army voluntarily during World War I, hoping to serve overseas, he was not prepared for what awaited him. It was an endurance test: Henry was sorely tested in his almost 3 years on the deadly battlefields of Western Europe. He was wounded in action twice: in September 1916 and June 1917, but neither injuries were too serious. Following the second incident, he spent one month in hospital.

Keeping in touch with loved ones back home was very important to war-weary soldiers like Henry.

In my possession, I have four World War I postcards Henry (“Harry”) sent to Flora during his time in Europe. They are dated between October 1917 and December 1918. Three were posted from France, one from Belgium.

The fourth postcard, dated 6 October 1917, from “Somewhere in France”, is the oldest and the most precious one. It has a fabric insert, organza embroidered with the words “To my Sister”, richly embellished with pink roses and greenery. It’s the one my grandmother gave me as a keepsake when I was a little girl. At the time, I didn’t understand its significance. This is what is written on the reverse side of the postcard:

Henry’s hand-written message is telling, and poignant. It reads (in part), spelling errors not corrected:

“…as you know Flora the news is scarce over hear. But the cold weather is not getting scarce. It is just starting to get cold over hear. It will be hard to put another winter in over hear. I thought it was cold over there in Australia but it is not a patch on France. Remember me Flora, remember me to them all down home as I am hoaping to see you all before long. Dear Flora news is scarce so I shall close for the present. From Your Loving Brother Harry. Kisses for all. XXXXXX”

Henry’s story, sadly, is not a noble one.

Henry was no hero. Just days after he sent this postcard to Flora, in which he wrote repeatedly “the news is scarce”, he went absent without leave (AWL) for 5 days (10-14 October). Why? I do not know. I can only guess that Henry was not coping. War is not nice: it cannot and should not be glamorised.

The truth must be told. Henry was tried by a court martial and, although he pleaded “not guilty”, was found guilty of desertion. His sentence: 10 years imprisonment. This sentence was never enforced, however, and in May 1918 the sentence was remitted. Henry’s World War I service records show that he remained in France and Belgium until February 1919. Not surprisingly, there is no mention of his court martial in any of his correspondence with Flora. I imagine he didn’t want his family to know. Who would? I discovered this information when I examined Henry’s service records.

Following termination of his period of enlistment on 28 July 1919, Henry returned to his home town in country Queensland. He never married. My mother recalled him being moody and short-tempered; he was not a congenial person. She told me that, as a young woman, she was frightened of him, as she knew he kept guns. He used to follow her around, on the pretence of protecting her.

Henry’s last years were spent as a resident of Eventide, an aged person’s home in Rockhampton. It was during this time that I met him, when I visited with my mother.

As I recall, Flora always spoke kindly of Henry and cared for him throughout his life, despite his failings. I’m sure she must have found out that Henry, the soldier, had been a deserter. My mother, also, was kind and generous towards Henry, even though she recounted times when she did not like him and feared him. This attitude of kindness and respect towards someone who is not necessarily “deserving”, or easy to love, was demonstrated to me by my grandmother and mother. Truly, this is real love.

Love is patient, love is kind … it keeps no record of wrongs. Love does not delight in evil but rejoices with the truth. It always protects, always trusts, always hopes, always perseveres.

Henry was not the only member of Flora’s family from Rannes to enlist in World War I.

Thomas (“Tommy”), my mother’s uncle on her father’s side, Flora’s brother-in-law, enlisted in the AIF at Rockhampton on 11 January 1916, just one day before Henry. He was 32 years of age. He had never married.

Thomas was typical of the males in the Beaumont family – tall (he was 5’ 10½” = 179cm) and thin. He weighed only 9st 5lb (= 57kg) when he went for his medical examination prior to enlistment. He had a fair complexion, grey eyes and dark brown hair. I found this information about him in his service records. Thomas was best man at Donald’s and Flora’s wedding in 1911, and is the young man pictured in their wedding party (see earlier). As I explained in a recent story Donald William Beaumont: A grandparent I thought I knew (January 19, 2021), brothers Thomas and Donald were very close.

At enlistment, Thomas was assessed “fit for active service”. He embarked at Sydney on 20 April 1916, bound for Egypt.

However, not long after arriving in Egypt, Thomas came down with influenza. It was serious enough for him to be hospitalized at Suez, on 24 May 1916. He spent the next couple of months in hospital, with chronic bronchitis. He continued to lose weight, and became severely weak. By July 1916, he was assessed as medically unfit for active service. He was sent home to Australia, arriving in Melbourne on 3 August 1916.

Thomas’ service records give no indication as to what he did during the next few months, but he was discharged from the AIF on 6 December 1916. He returned home to his family.

My mother told me that Thomas took his own life after returning from the war.

Until a few years ago, when I researched Thomas’ story, I didn’t know much more about Thomas’ death. What I discovered is that Thomas arrived home on 12 December 1916 “in a sickly and depressed condition” and just 3 days later, at home, committed suicide.

Thomas didn’t see active service. Maybe this is one reason for his depression. Although he was chronically ill he probably also felt like a failure. He was unable to live up to his expectations as a soldier. He wanted to serve his country, but he wasn’t able to.

For Thomas’ parents, and his extended family (especially Donald and Flora), Thomas’ death was a severe blow.

Thomas was just 33 years of age when he died.

This is another untold story of a Queensland family and what happened to them during World War I. It is neither heroic nor remarkable. It is simply tragic. 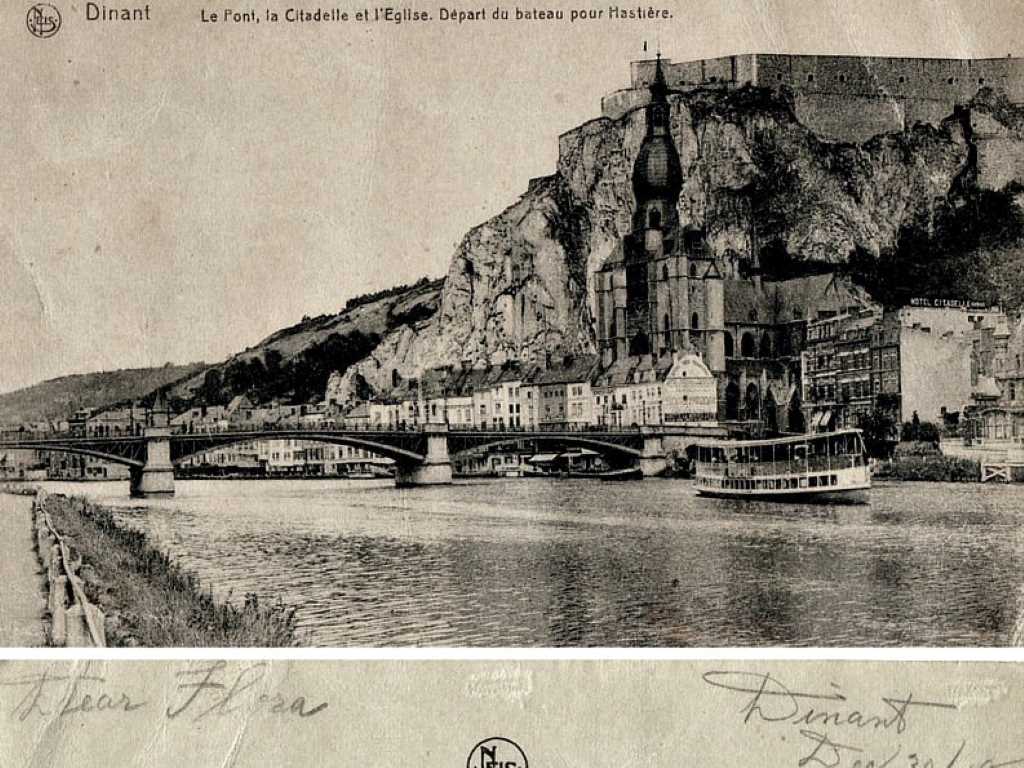 10 thoughts on “Henry’s World War I postcards to Flora”