This novel Pearl Barley Salad is light, nutritious and versatile. Additionally, it is super-easy to prepare. The lime juice dressing gives the dish a refreshing, tangy taste. You can serve the salad as an accompaniment to grilled chicken or grilled fish, or as a vegetarian option, on its own, with crusty bread. You’ll find my recipe for Pearl Barley Salad at the end of this post.

I first experienced pearl barley as a salad ingredient several years ago during a visit to Germany. My daughter-in-law prepared a delicious salad that included pearl barley and I was hooked! Until then, I had not considered utilizing pearl barley in this way. I had used it in soups, but that was all.

What is pearl barley?

Pearl barley is a product of barley. Barley is one of the world’s major cereal grains (along with wheat, rice and corn). “Pearl barley” or “pearled barley” is produced when the fibrous outer coating (husk) and the bran are removed from the grains of barley.

Barley has been cultivated for up to ten thousand years in parts of Europe and Asia. The grain has been used variously in the preparation of malt, in making beer and some distilled beverages, as animal fodder and in foods such as bread, soups and stews. Bread made from barley is mentioned in the Bible. You may be familiar with the following passage from the New Testament: John 6, in which barley loaves are not only mentioned but are critical to the incident that took place.

Is pearl barley good for you?

Although pearl barley is not a whole grain, it is still nutritious. It is high in fibre and contains more fibre than white, brown or wild rice. In terms of its energy, protein, vitamin and mineral content, pearl barley is similar to wheat. Like wheat, it contains gluten. Pearl barley has a low-GI (Glycemic Index), and compares favourably with oats and 100% stone-ground whole wheat. (I wrote previously about the health benefits of oats in Make your family a treat: Bircher Muesli, July 10, 2017.)

In Australia, McKenzie’s has been providing pearl barley to consumers for over 100 years. Its product is made in Australia from 100% Australian ingredients. These are the constituents of pearl barley, as listed on its packaging and the company’s website.

How do you use pearl barley?

Pearl barley is the most common form of barley used in home cooking and in restaurants.

In years gone by, in Australia, pearl barley was used almost exclusively as an additive of soups and stews. At least some home cooks used it. I don’t remember my mother using pearl barley. In fact, pearl barley doesn’t get a mention in any of my mother’s old recipe books, or any of mine either, until recently. I checked. There are no recipes for pearl barley in any of my recipe books dated between 1970 and 2012 (and I have quite a collection).

When cooked, pearl barley is soft but firm and chewy. It has a distinctive but mild flavour. Pearl barley is a good alternative to rice. It’s inexpensive too. In Australia, you’ll find it in all major supermarkets and grocery stores.

How do you cook pearl barley?

Cook pearl barley in the same manner as rice, brown rice in particular. Unlike lentils and beans, pearl barley does not have to be soaked prior to cooking. For every cup of pearl barley, add 3 cups of water and bring to the boil in a saucepan on the stovetop. Reduce the temperature and simmer for about 30 minutes or until the grains are plump and tender. When cooked, remove from the stovetop, cover and allow the pearl barley to stand until cool. Do not rinse. 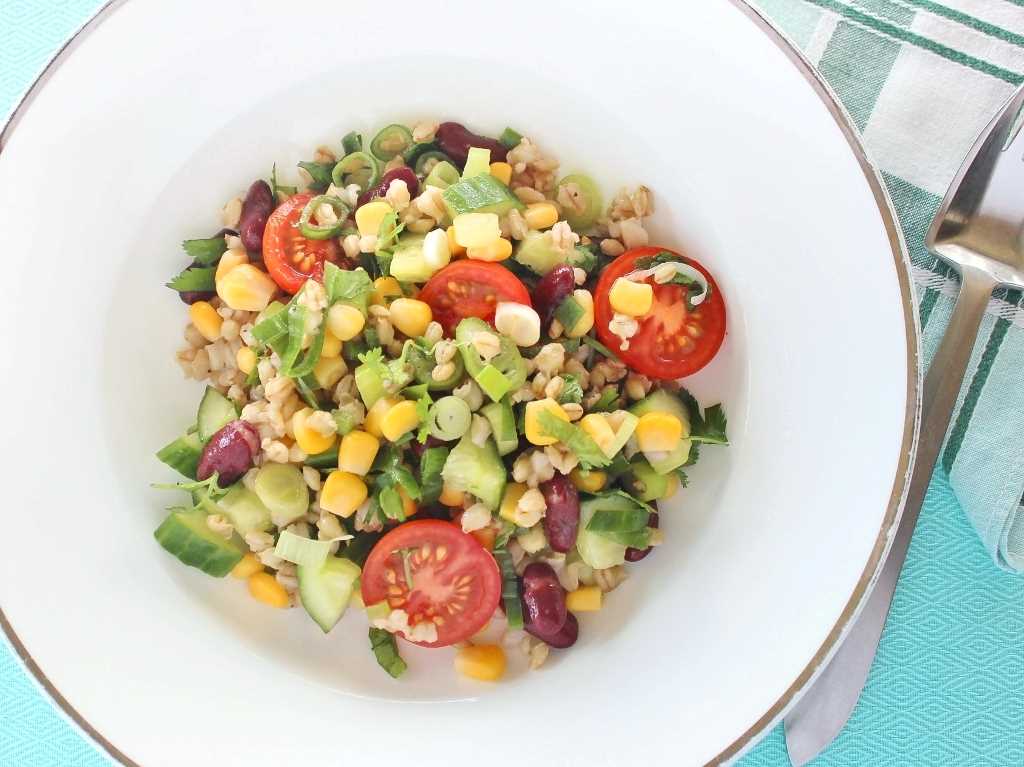